Been wondering what’s going to open in the former Treehouse Italian Grill on South Congress?

You’re not the only one.

The lush space at the south end of one of Austin’s most popular tourist destinations — shaded, no less, by an oak tree that is estimated to be 500 years old — has been vacant for several years, but we received word today of a new eatery called Vinaigrette, Vinny for short, that will open later this year.

The “farm-to-table salad bistro” from New Mexico-based chef/owner Erin Wade is slated to open in September, according to a rep for the restaurant at 2201 College Ave.

Wade has two other Vinny restaurants, one in Albuquerque and another in Santa Fe, near a 10-acre farm in Nambe that produces the majority of the Santa Fe’s location’s ingredients during peak season. Wade is looking at farms in the Bastrop area for a similar approach here.

From the release:
“Vinny Santa Fe and Albuquerque have a distinct Vinaigrette style, but one that reflects the historic charm of their individual locations. Similarly, I think Vinaigrette Austin will be a unique expression of its neighborhood; the building has a residential feel with an Eichler-esque mid-century form that we wanted to preserve and showcase in a contemporary way,” said Wade.

“The property and bones of this space are amazing. I was immediately drawn to the shape of the existing building with its incredible beams and quirky roofline. And the tree… it’s unbelievably beautiful and will make for a magical outdoor space.” 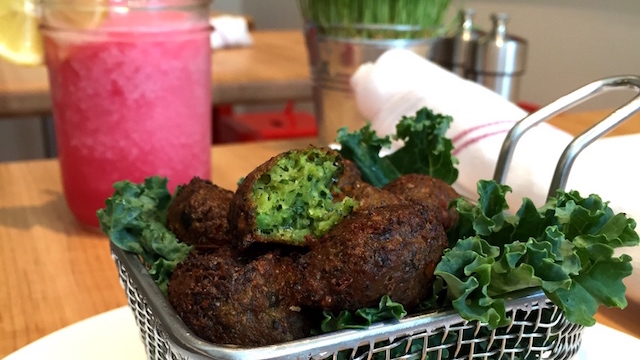